Replacement for the Winter Gardens 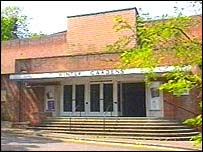 I attended a joint meeting of the Supporting our Economy and Quality Service and Value for Money Scrutiny and Review Panels on Thursday evening. The purpose of the meeting was to discuss the report from Price Waterhouse Coopers commissioned by the Council in to the viabaility of the Draft Winter Gardens Business Case.

The Winter Gardens was a huge issue in the elections four years ago. The Conservatives' planned to demolish it, sell the site and spend the money on improvements to the Pavilion. The Liberal Democrats promised to save the Winter Gardens and renovate them. Many say that this issue gave control of the council to the LIberal Democrats, certainly the elections saw the loss of many Conservative and Independent seats.

Then the Liberal Democrats undertook a spectacular U-turn. The Winter Gardens were demolished last year and the site is currently being used as a car park. The Council now propose that a new cultural centre should be built on the site.

Planning permission needs to be granted before the end of April if a deadline of completion of 2009 is to be met. The fear is that if the construction is delayed any longer then the cost of work will spiral as tradesmen are diverted to the Olympic sites and therefore become more difficult to find.

The problem is the cost of the plan. In order to afford it many of the town centre car parks need to be sold. See my earlier post about that here.

The panels decided that any recommendation to proceed should await the provision of further information from the Council. The case for the development on a cultural basis is undeniable. The financial case, particularly in terms of its ongoing cost once it has been built, requires much more information. I'm worried that we are rushing in to a decision without sufficient information. The panels meet again to discuss the development on February 20th.

I'd very much like to know what you think before then.
Posted by Nick King at 10:50 pm