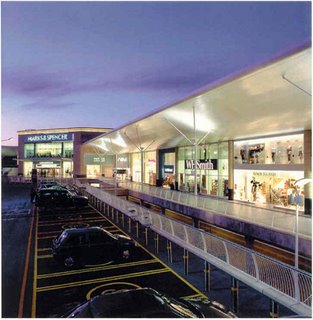 For those of us who live in and around Bournemouth, the saga of Castlepoint car park has been one of those living nightmares which doesn't seem to ever go away.

Castlepoint is a new out of town shopping centre built on the eastern edge of the town about three years ago. It's not in my ward, but the traffic chaos caused by it can effect us very badly.

Within a year of its opening problems were found with the construction of it's two tier car park. The car park fronts the shopping area and therefore its closure means the shops have to close too. This happened in the first week of December last year, closing the shopping centre through until New Year.

Now the owners of the development have announced that the entire car park is going to be demolished in a phased manner spreading over some months, if not years. The whole structure not having been built to a safe enough standard.

Apparently, the construction has never been signed off by the Council's building control staff. This didn't need to happen apparently because the building contractors remained on site throughout the period. Surely though, the structure should have been signed off prior to it being opened? Had this happened we presumably wouldn't be where we are today.

It appears to me to be a matter of scrutiny. The Council should have scrutinized the construction and ensured that the car park was being built to a satisfactory standard and not allowed it to open if they were dissatisfied with the end result. If they were hampered in doing this by building Control legislation, then that legislation must be wrong and should be changed.

Allowing the centre to open with the car park construction either incomplete or improperly finished is unacceptable. The Council should be giving the people of Bournemouth detailed answers on how this came about and assurances that their scrutiny of the rebuilding will ensure construction is undertaken to a satisfactory standard.
Posted by Nick King at 8:14 pm

Let's hope that when the car park is rebuilt, the access to it is also redesigned.
Gettings in and out of Castlepoint is a nightmare.