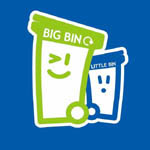 I attended the Environment Scrutiny and Review Panel this evening at the Town Hall.

The meeting was due to be about recycling. The Chairman, Lib Dem Councillor Roger West opened the meeting by saying that he would not allow any debate on either the green waste recycling scheme or the introduction of recycling in Bournemouth.

The town's recycling scheme is a success compared with what went before undoubtedly. The problems encountered with green waste collection and recycling and the problems of communicating the new scheme to residents need to be reviewed and discussed.

Why won't the Lib Dems allow discussion? Probably because they won't like the answers to the questions we'll be posing. But if we don't hold this review how will we learn from the mistakes that have been made and ensure that we give people what they want?

I'll be pushing in Council for this item to be placed on the Scrutiny and Review Panel Agenda as a matter of urgency.
Posted by Nick King at 9:25 pm