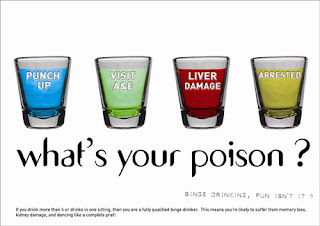 I read today that, astonishingly, there were a number of churches who held their midnight mass at 6pm on Christmas Eve.

Because of the fear of disruption from drunken people.

This fact was used in the context on a commentary about 24 hour licensing policy.

Undoubtedly the introduction of extended licensing hours has played its part in the increasing problem of drink related anti social behaviour and disruption. However, I do wonder how many of those who attend church on Christmas Eve inebriated have at the very least begun their drinking at home, if not completed it there too.

Until we control the sale of cheap alcohol through supermarkets and off licenses we will be unable to control the problems associated with excess alcohol consumption.
Posted by Nick King at 10:27 pm

Just found this blog.Some of them maybe your customers who disrupt midnight mass.